Discover the astonishing beauty of rustic ruins lying in the Indian city of Moon â Khajuraho. The UNESCO-listed town is famous for its set of 25 closely built ancient temples with its walls bedecked with intricate erotic sculptures. It is called âThe city of Moonâ owing to Chandela dynasty, whose rulers claimed belonging to Lunar dynasty i.e. âMoonâ. After the decline of dynasty the city remained untouched breathing under the dense cover of date palm trees. Hence, the name Khajuraho comes from dry fruit â date, which is called âKhajurâ in Hindi. Khajuraho tour from Delhi offers you an interesting trip to marvel at the Indo-Aryan architecture of magnificent Khajuraho temples. 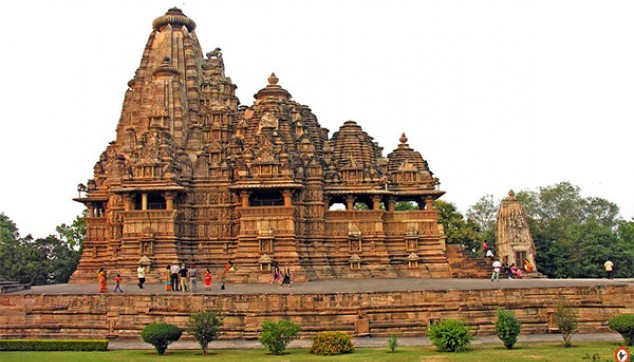 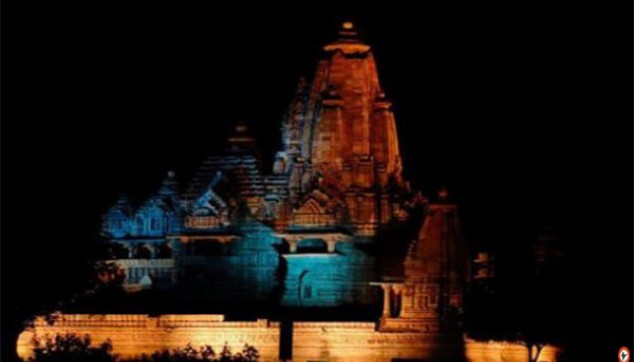 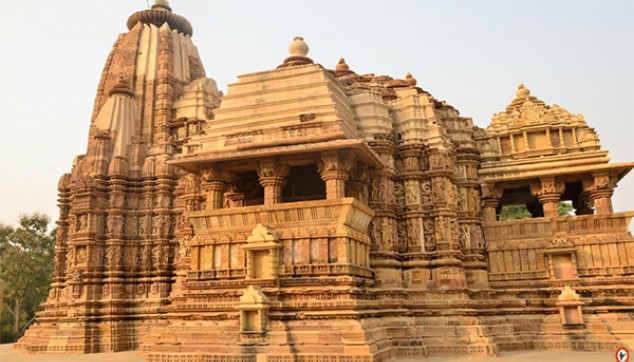 After our driver pick you up from your hotel in Delhi at 05:00 AM, hop aboard the high-speed journey to Jhansi. Jhansi is a city in the Indian state Uttar Pradesh. The train âBhopal Shatabdiâ will depart from Delhi at 06:00 AM and reach Jhansi at 10:43 AM. Your comfort will be ensured with a chauffeur driven air-conditioned transport throughout the trip.

On your arrival in Jhansi, our driver will take you to Khajuraho and drop you at the hotel. Check-in and spend the afternoon at leisure. In the evening, get ready for the light and sound show organized in the open lawns by Khajuraho Temple complex. The overnight stay will be at the hotel.

Start your day with the complimentary breakfast in the hotel. Afterwards, explore the Khajuraho group of temples exhibiting masterpieces of art while listening to their history by our proficient guide. The walls of the temples display splendid work of numerous sculptures inspired by romantic paean and central ideas of Hinduism.

They are geographically divided into 3 parts â Eastern, Western & Southern. Out of which Eastern and Western groups are well preserved and most visited. It showcases the set of 25 closely built temples (the number came down from 85 with time) dating back to 950 - 1050 A.D. Of the surviving temples 6 are dedicated to Shiva and his consorts, 8 to Vishnu and his affinities, 1 to Ganesha, 1 to Sun god, 3 to Jain Tirthankars. The largest and currently most famous surviving temple is Kendariya Mahadeva built in the reign of King Vidyadhara.

You will notice the predominant Hindu temple features like their location nearby water bodies, all temples facing sunrise, etc. The temples are clustered amid verdure nearby small water bodies. You can have a leisure walk in the well kept gardens around the temples. . Â Â

Afternoon at 02:30 pm, we will leave for Jhansi. The driver will take you to the railway station in Jhansi to board Shatabdi train back to Delhi. It will depart from Jhansi at 06:40 PM and arrive in Delhi at 11:30 PM. On arrival at Delhi railway station; you would be received by our driver and transferred back to your hotel in Delhi. Your Khajuraho trip from Delhi would terminate hereby.
Â 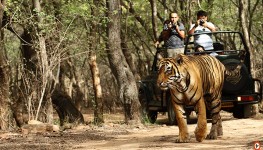 Bandhavgarh and Kanha Jungle Safari Tour with Temples of Khajuraho 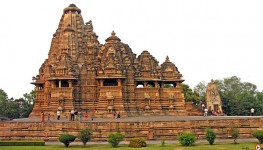