India gives you uncountable reasons to witness its shifting aesthetic characteristics. Its rich cultural heritage particularly makes it a centre of attraction for architecture enthusiasts. Orchha town in Indian state Madhya Pradesh is one of them nestled on the banks of Betwa River. The isolated town looks straight out of an animated movie with discrete riverside location coupled with scattered age old golden forts and palaces. All the sites are located at a walking distance from each other encompassed within short-range periphery. Unfold the mystery of intriguing historical sites in Orchha with Indiatorâs Orchha city tour package. 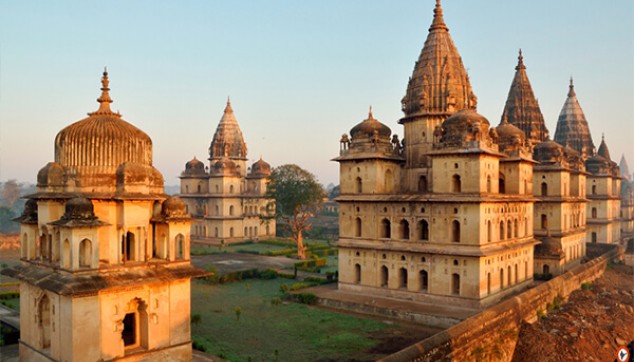 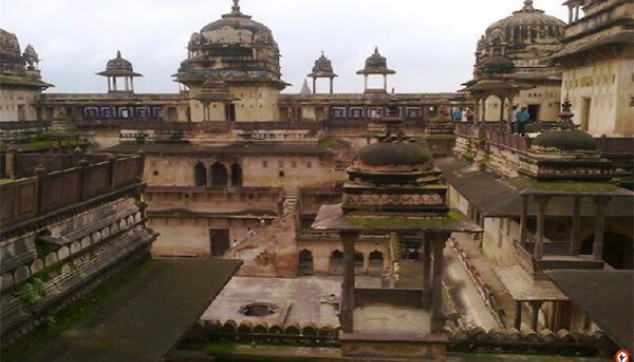 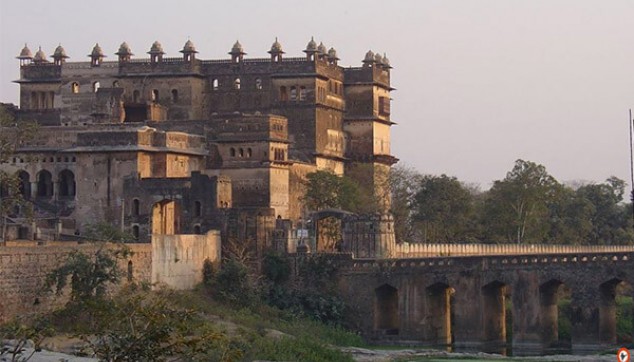 You would be picked up from your hotel in Delhi and transferred to Nizamuddin Railway Station in an air-conditioned car by our driver. He will assist you in boarding train âBhopal Shatabdiâ to Jhansi. It will depart from Delhi at 06:00 am and reach Jhansi at 10:43 am. Â Â

On your arrival in Jhansi, our representative will receive you at the station. Orchha is at a distance of approximately 15 km from Jhansi by road i.e half-an-hour journey. You will be directed to Orchha in an air-conditioned car with a driver.

On arrival in Orchha, have lunch at a local restaurant. Post lunch, we will start our sightseeing of the city.

Orchha town is located on the banks of Betwa River and is dotted by magnificent historical forts and palaces belonging to Mughals and Indian Kings in the past.

Our first visit will be to âOrchha Fort Complexâ, it was built by Hindu Rajput King and is divided into 3 parts : Raj Mahal, Jahangir Mahal and Rai Parveen Mahal.

Next we will visit âChaturbhuj Templeâ which was built to enshrine Lord Ramaâs idol and is now dedicated to Lord Vishnu. With unusually high dome resting on a huge platform of stone this temple stands out from the rest.

The set of 14 âCenotaphs (Chattris) are memorials of Orchha rulers dotted on the banks of river Betwa. They are magnificent tombs of royal Maharajas placed close to each other. You will like the mesmerizing view with river Betwa flowing along side.

Lunch would be provided at local restaurant during the sightseeing tour.

After an interesting visit to the heritage sites of Orchha the driver will take you back to the railway station in Jhansi. You will board Shatabdi train back to Delhi. It will depart from Jhansi at 06:40 pm and arrive in Delhi at 11:30 pm.

On your arrival in Delhi station our driver will receive and transfer you safely to the hotel in Delhi.Â 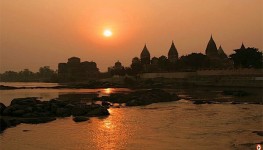