Places To Visit In Jaipur 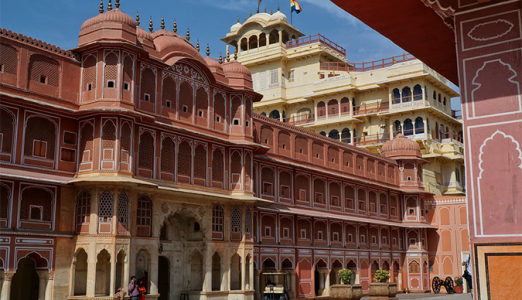 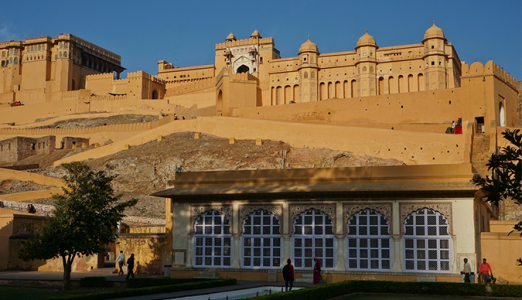 Jaipur, the capital of Rajasthan, has won hearts for ages with its cultivated beauty. The city excels in the art of welcoming visitors with open arms from all across the world. Its current appearance is a testimony to its rich historical past and despite all the modifications, the Jaipur hasn't left its roots. The pink city allure tourists with its stunning remnants of the bygone era, which are ideal places to visit in Jaipur in one day.

With the backdrop of rocky Aravalli Hills, it is quite popular amongst the places to see in Jaipur. Adorned in pink and yellow sandstone the enormous ramparts, pylon and boulevard of the fort overlook the Maotha Lake.

Perched high on the Aravalli Hills, the fort was built to protect the city from intruders. It contains many attractions that include a wax museum, a sculpture park, and a restaurant.

The magnificent palace is the highlight of the Jaipur tourist attraction. Divided into a series of courtyards, building and garden it is a blend of Mughal and Rajput architecture style.

Jaipur's most renowned monument with five floors adorned with the fascinating facade contains small windows. It was built for the women of the royal household, so that they could witness the street activities without being noticed.

It is a calculation instrument, with an astronomical function built by King, Jay Singh 2. The collection of the structures is used to measure time and predicts eclipses that make it the best place to see in Jaipur. 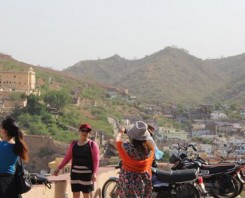 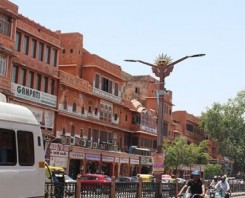