Discover the major Buddhist destinations with 6 Nights and 7 days package. This tour is designed to cover the most spiritual facet of India. Find out your spiritual side while you visit Delhi, Bhopal, Sanchi, Jalgaon, Aurangabad and Mumbai. These destinations have their own significance, which is associated with the life of Lord Buddha. Be it the Sanchi Stupa or Ajanta, Ellora caves of Aurangabad, the sacred Buddha tour provides a deep insight into the rich legacy of Buddhism in India. Your close encounter with Buddhist culture and religion will cleanse your soul. The monasteries and other heritage attractions will give you a great insight into the life and teachings of Lord Buddha. This tour package is a right choice for finding your spiritual self. 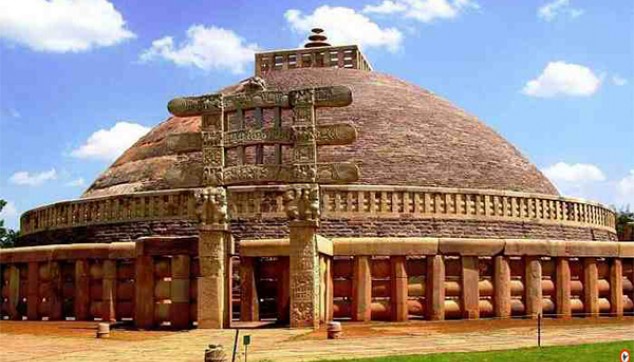 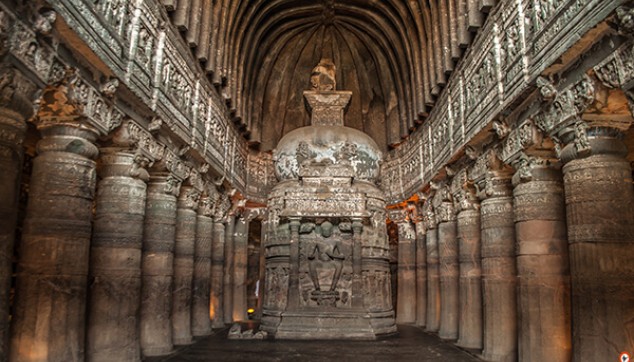 As you arrive in Delhi airport our representative will pick you up and take you to your respected hotel. Once you check-in, you can relax and freshen up. Take a good sleep for a refreshing and exciting morning. Overnight at Delhi.

Start your day with an early breakfast and next we leave for sightseeing in Delhi. The most famous site in Delhi, India gate is the prime sightseeing location. It was built as a memorial, which acknowledges the gallantry of Indian Soldier who lost their lives fighting for the country and drive past to Parliament House & President House. Your next sightseeing would be Qutub Minar, which is the tallest brick Minar in the world. It is a perfect amalgamation of Indo-Islamic architecture, which was constructed in the year 1206. It is 47 feet high and it displays carvings from the great Quran.

For other sightseeing in Delhi, Humayunâs Tomb is the perfect one. It is an ideal example of spectacular Mughal creation, which was built in the year 1570. The monument showcases the brilliant work of the architect of that era. From there you proceed to the airport for your flight to Bhopal. On reaching Bhopal our representative will welcome you at the airport and escort you to the hotel. After a long eventful day, spend the night at the hotel and relax. Overnight at Bhopal.

On day three in Bhopal enjoy your breakfast in the morning at the hotel and proceed for sightseeing with an English speaking gudie as you make a way to the highlight of the day, Sanchi Stupa- The magnificent Stupa at Sanchi is the oldest stone composition in India, which was originally custom-built by the emperor Ashoka after the Kalinga war. Now it is a national museum, but it was built as the Buddhist study and learning center. After your tour to Stupa, visit Indira Gandhi Rashtriya Manav Sangrahalaya (Museum). Later, we take you back to the hotel where you can refresh and relax for a while. Later we transfer you to the Bhopal railway station to board your train for Jalgaon. Your night will be spent in the train. Overnight onboard Train.

You will reach Jalgaon railway station early in the morning. Our representative will be waiting for your arrival and will take you the hotel. Freshen up and get ready for an excursion to Ajanta Caves- It is located at a distance of 55 Kms from Jalgaon. Formed in the 2nd century BC, Ajanta has 30 caves, which are famous for its earlyÂ Buddhist temple architecture techniques. There are many skillfully drawn fresco placed in a 76 m high, horseshoe-shaped cliff, overlooking theÂ WaghoraÂ River. After visit to Ajanta Caves, return to the hotel. Overnight at Jalgaon.

On day fifth after a breakfast, check out from the hotel and proceed to Aurangabad. On reaching, check-in to the hotel and freshen up for an enormous day. Later leave for Ellora cave sightseeing - Located at a distance of 30 Kms from the Aurangabad city. Renowned as a UNESCO world heritage site, enclosed in the monument is a perfect example of harmony between Hindu, Buddhist, and Jain religion. The most spectacular sight in one of the caves is the Kailasa temple which, at 32 meters high, is the largest rock-cut monument in the world. Once you are done with the trip we take you back to the your hotel. Overnight at Aurangabad.

The next day after breakfast we transfer you to the airport for your flight to Mumbai. Once you arrive at Mumbai our representative welcome you and transfer you to the hotel. Freshen up and proceed for Mumbai sightseeing. We take you to the Gateway of India that has majestic arches and it stands guard facing the Arabian Sea. Located at Apollo Bunder, the place is full of life. After that we take you to your the next sightseeing, Chhatrapati Shivaji Maharaj Vastu Sangrahalaya also referred as Prince of Wales Museum. Established in the early 20th century the museum is one of the best heritage structures in Mumbai. It has a gallery featuring various collections of Sculptures, Ancient Artworks and artifacts.

Â Enjoy a drive through other prominent places to see in Mumbai such as the Victoria Terminus, Mumbai University and Rajabai Clock Tower. From there we take you to the Hanging Gardens situated on the Malabra Hills that spreads over a vast area. It is known for a prominent feature, a flower clock and an Old Womanâs Shoe. After that we take you to the esteemed Gandhi Memorial Museum. In the evening you can relax and stroll around Marine Drive. After an eventful day in the Mumbai city we take you back to the hotel. Overnight at Mumbai.

On day seven your spectacular tour comes to an end.Â  Next morning after breakfast at the hotel we transfer you to the Mumbai airport with our representative for your flight back home. 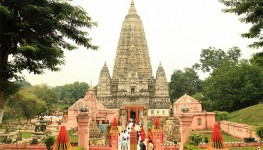 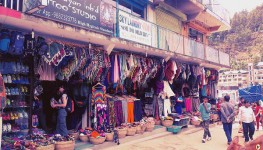