Heritage Walk around The City Centre in Kolkata 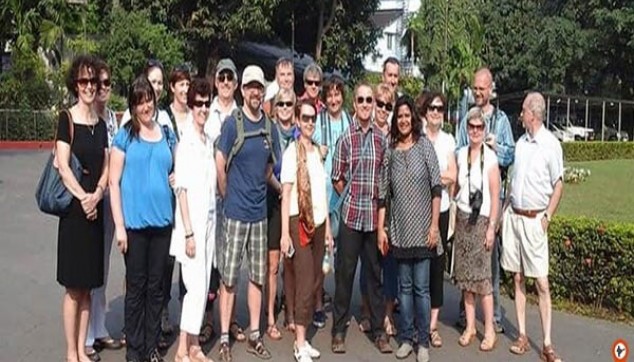 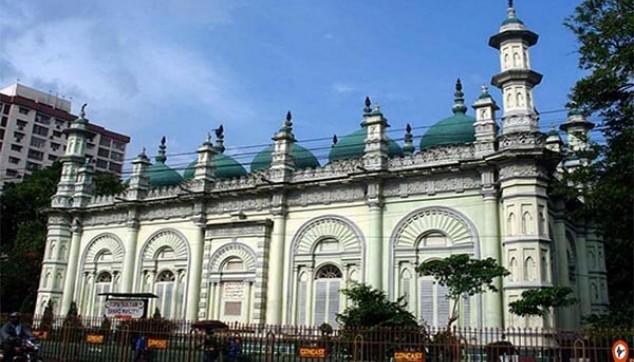 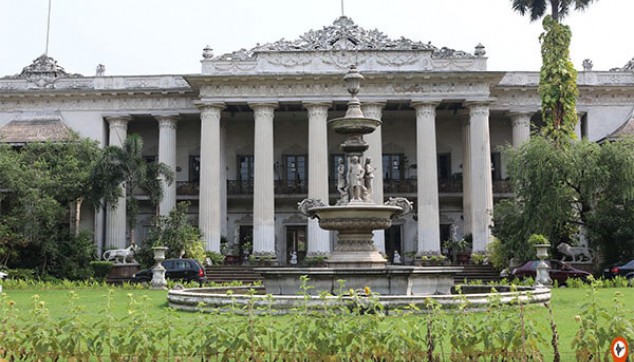 CODE
20MFTCCU1020
3 hours
Kolkata
On this Kolkata walking tour, you will cover the historic sites, cultural place along with some ancient temples of Kolkata. You will be received from the hotel and cover around 3.5 kms on this walking tour. The walk will be assisted by a local guide well-qualified by the tourism department. The major places to be covered in this walk include Tipu Sultan Mosque, Marble Palace, Girish Park, Twin Shiva Temples, Ram Kanta Bose Street, Shyamsunder temple and old Shiva temple.

The walk will take you to Calcutta’s prominent Bengali residencies of the eighteenth and nineteenth centuries. The walk will start from near Esplanade. The Espalande Row East will be the first destination on this Kolkata’s Walking Tour. Prior to 1911, this area was lined up with imperial British offices. These grey buildings with its Doric frontage have a great aesthetic appeal. After having the glimpse of this fascinating past, move towards Tipu’s Mosque. It was built in 1842 by Prince Gholam Mohammad Shah, the youngest son of Tipu Sultan. The mosque is a combination of architectural and cultural heritage of Kolkata. It is encapsulated by Muslim eatery houses and some stationery shops. From here, take a right turn and reach to the junction of Central Avenue with Bentinck Street. Now, head towards the Mahatma Gandhi Road. There are two ways to reach here. One is to board a bus or taxi from Central (Chittaranjan) Avenue. Another way is to take a metro from Esplanade station. This requires a walk of around 100 meters.

The Kolkata Walking Tour takes you to School of Tropical Medicine, which is just at a little distance from the Mahatma Gandhi Road. Across the Mahatma Gandhi Road one can see the Mutty Lal Seal Free College. From here on, move to Marcus Square, which is on the right hand. In front of the square there is a mosque, which is made of red-brick. Just opposite to the mosque there is Visuddananda Saraswati Vidyalaya or high school. Mahajati Sadan is the next spot in the walking tour. It is just behind the high school. The idea of Mahajati Sadan was conceived by Rabindranath Tagore, famous Indian Poet, in 1939. It is used for meetings and social functions held by different organizations.
After passing Mahajati Sadan, you head towards Marble Palace. The Palace with its high iron gates and beautiful Italian architecture welcomes you. From here you can see the Girish Park. Move next to the Twin Shiva temples, which was built in the ‘ath-chala’ style.

Walk past by Minerva Theatre and then head to Ramdulal Dey’s Nat-Mandir. The elegant ionic pillars marks the beauty of this temple. After this, move to Sovabazar Rajbati or a royal house. After visiting the social and cultural hub of Kolkata, head to places near Shyambazar. The next street you will walk is Madanmohantala street.

The next point in the walking tour is Siddheswari Kali and Gopeswar Shiva Temples. Siddheswari temples are the oldest inhabited parts of Calcutta. Opposite this there is a complex of temples. From here head to Chitpur Road right into Kumartuli, a neighborhood of potters. Here you will see the largest colony of potters. The walking tour will be completed by your visit to Rameswar Temple. 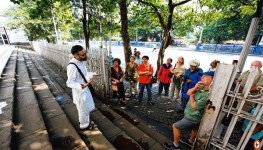 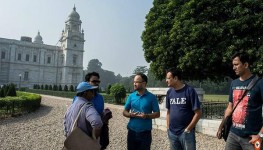