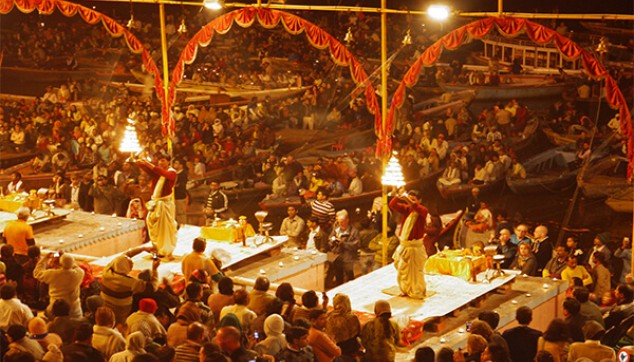 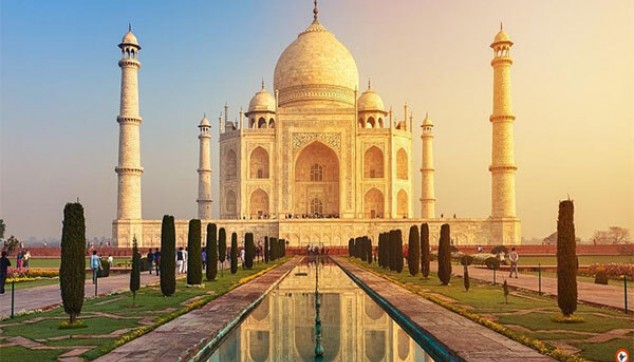 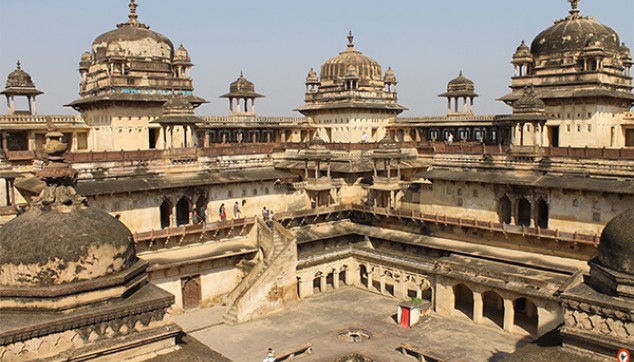 CODE
70MFTEDEL1070
9 nights / 10 days
Delhi
Break the monotony and set off for stimulating journey to explore the land of diversity, India. It is reputed as culturally & geographically disparate country with rich heritage offering a whole new experience without burning a hole in the pocket. The complete India tour package by Indiator offers you a budget package to unravel the riveting picturesque beauty of India. Its unique geography is utterly fantasizing with surmounting Himalayan range in the North and sprawling V-shaped coastline in the South. The whole India tour package covers leading destinations dotted across the country – Jaipur, Agra, Orchha, Khajuraho and Varanasi.

Day 01: Arrive Delhi
As you land in Delhi airport, our representative will meet you and direct you to the hotel in an air-conditioned car. Check in at the hotel and spend rest of the day at leisure. Overnight stay will be at hotel.

Day 02: Delhi Sightseeing
Start your day with delicious breakfast and leave for the day long city tour at 09:00 AM. The national capital of India, Delhi is a lively metro city and boasts influential monuments from the times of Mughals and Britishers supremacy. You will be taken aback by the impressive architectures of – Red Fort, Qutb Minar, Jama Masjid Mosque, Humayun’s Tomb, Chandni Chowk, India Gate, Lotus Temple. Meanwhile, catch the glimpse of major Government buildings like Rashtrapati Bhavan as we drive past them.
On completing the tour you will be safely dropped back to the hotel for overnight stay.

Day 03: Delhi - Jaipur by Road (260 kms / 5 hours)
In the morning after breakfast, we will continue our tour leaving for another magical city Jaipur. It is the capital city of Rajasthan state lying in North-West India and has served the royal Rajput Kings. Covering 5 hours journey we will reach till afternoon. Check in at the hotel and take some rest.
Evening will be followed by visit to an ethnic village resort, Chokhi Dhani. The entertaining cultural activities taking place there will give you the gist of Rajasthani tradition and you would be served Rajasthani dinner in traditional style. Later, drop back to hotel by the driver and have a sound sleep.

Day 04: Jaipur
Have breakfast served by the hotel and leave for sightseeing in a chauffeur driven air-conditioned car accompanied by our proficient guide. It will be a shift from the reverie of Mughals (Delhi) to the land of Royal Rajputs Kings (Jaipur). The city swanks royalty through its inherited imposing forts and palaces. Its hotels persistently maintain their standard by holding place among the high-end luxurious hotels in the world.
First visit will be to ‘Amber Fort’, a massive fort belonging to the past. The main attraction inside it is Sheesh Mahal (Palace of mirrors), thousands of mirror tiling on ceiling and walls. Other places we will visit are – Hawa Mahal, Jantar Mantar & City Palace. Return to the hotel in evening. Overnight at the hotel.

Day 05: Jaipur – Fatehpur Sikri – Agra by Road (240 kms / 5 hours)
After having breakfast, we will leave for Agra by a chauffeur driven air-conditioned car. En-route visit to tourist spot Fatehpur Sikri which is also known as Ghost city. On arrival in Agra, check-in at the hotel. The afternoon will be spent in Taj Mahal (one of ‘Seven Wonders of the World’) followed by Agra Fort. Taj Mahal is a breathtaking beauty and one of the finest Mughal architectures. It will be an unforgettable experience for you. Overnight stay will be at the hotel. Note: Taj Mahal remains closed on Fridays.

Day 06: Agra – Jhansi by Train (3 hrs) – Orchha by Road (16 kms / 40 mins)
You will be transferred to railway station early in the morning to board the train Shatabdi Express to Jhansi (Dept - 08:00 AM; Arr - 10:43 AM). Enjoy the onboard breakfast. On arrival in Jhansi, our tour guide will meet you and then you will leave for visit to Jhansi Fort in a chauffeur driven air-conditioned car.  On completion of visit, you will be led to Orchha. Check-in at the hotel, transfer your luggage and leave for visiting ancient temple and Orchha Palace. The sunset view from the palace is mesmerizing. Later, have a pleasant night stay in the hotel.

Day 07: Orchha – Khajuraho by Road (170 kms / 4 hours)
The breakfast will be served little early to leave for next destination Khajuraho in an air-conditioned car. Check-in at the hotel and take some rest. Afternoon, we will go for sightseeing to visit the Eastern and Western group of temples. Have a leisure evening strolling around exploring the nearby places. Later, get back to the hotel for overnight stay.

Day 08: Khajuraho – Varanasi by Flight
After having breakfast at the hotel, you would be transferred to the airport in Khajuraho to board your flight to Varanasi. Our spokesman in Varanasi airport will ensure your safe transfer to the hotel by an air-conditioned car. Spend an unwinding and overnight stay at the hotel.

Day 09: Varanasi
Wake up early in the morning to catch the hypnotizing sunrise view from boat on river Ganga. Get back to the hotel and enjoy lip-smacking breakfast. The sightseeing places will be – famous Ghats, Temples, Benaras Hindu University, Bharat Mata Temple and Sarnath. Soak yourself in spirituality amid the hymns and ringing bells in the famous Ganga Aarti ceremony at the Ganges. Later, get back to the hotel for overnight stay.

Day 10: Varanasi – Departure
Enjoy Breakfast at the hotel. Later, you would be transferred to the airport in Varanasi to board your onward flight.

*In case if there are any infants traveling with you, there will be infant charges applicable in domestic flights which will be charged additionally.

Important notes:
- Price is subject to change in case of hike in internal air fares.
- Peak season supplement might be applicable during any festival dates or Xmas/New year period (20 Dec to 10 Jan)
- In case if there are any infants traveling with you, there will be infant charges applicable in domestic flights which will be charged additionally. 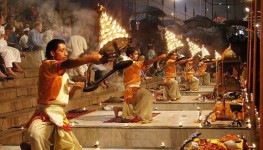 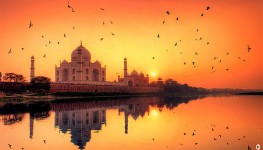