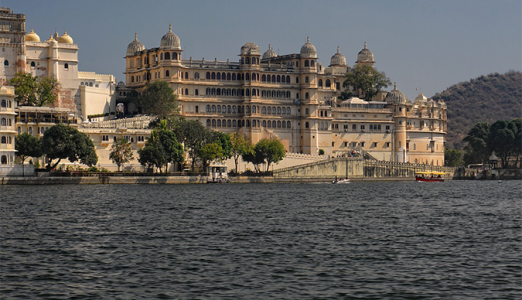 The glorious history of Udaipur dates back to 1559 when it was founded by Maharana Udai Singh II. Once the king was on a hunting voyage where he encountered a sage, he suggested him to establish a kingdom in this rich land. The Maharaja followed the sage advice and started working on the plan, which got completed by 1553 AD. In 1568, the Mughal emperor Akbar attacked the fort of Chittor, and to avert the danger in future Udai Singh moved the capital to Udaipur. But, soon after that Mewar reclaimed their territory and recaptured most of their kingdom.

After the demise of Udai Singh, the throne was passed on to his son Maharana Pratap. In 1576, at the battle of Haldighati, the Mughal emperor Akbar fought with Maharana Pratap and occupied Udaipur once again. It resulted in significant casualties, but the Mughal failed to capture Rana as he managed to escape. Later, after the death of the Great Emperor his son Jahangir took the throne and subsequently passed the control of Udaipur to Maharana Pratap son, Amar Singh.

Udaipur has experienced the most glorious period in its history in the 15th and 16th centuries during the reigns of Rana Kumbha, Rana Sanga, and Maharana Pratap. Mewar made great progress in the arts and culture and solidified its military strength. In 1818 Udaipur was declared as a princely state of British India. After India attained independence, the Maharaja of Udaipur allowed the Government of India to take a hold of it, which resulted in a merger of Mewar in the Rajasthan state. 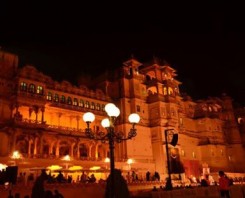 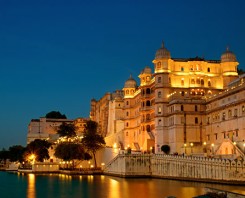