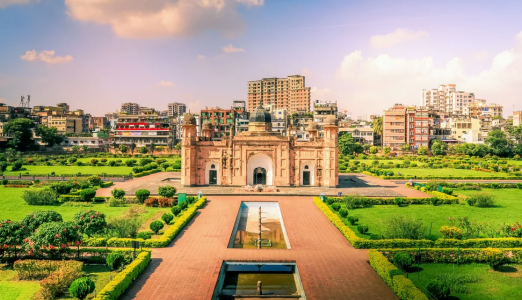 Gateway to the World Heritage Sites of Ajanta and Ellora caves, Aurangabad is dotted with many places to visit. Do not miss a chance to delve into the history of one of Maharashtraâs best destinations. Known for its well-preserved site Aurangabad is also best traveled for its excursions. Explore Aurangabad nearby places, and unearth the phenomenal sites of ancient time that have captivated visitors.

A small town and abode of several Sufi saints the city holds religious importance. Also, popular excursions from Aurangabad owing to its historic significance you can witness here the ruins of Mughal as the city was once captured by the last Mughal Emperor, Aurangzeb.

A quaint village that has never been robbed till date, as they believe they are protected by Shani Dev. Owing to their strong belief in god none of the houses have locks. It is also distinguished for a temple, dedicated to Shani Dev.

A religious site is associated with a legend of a Muslim saint who could grant a wish of fertility to a childless mother. Famous by the name 'Lake of Fairies', the site is also known for its beautiful temple, dedicated to Lord Shiva, which is situated on the bank.

It is an ancient city, constructed on the banks of the Godavari River, which is eminent for its beautiful 'Paithanis' - silk sarees. Another attraction of the city is Jayakwadi Dam, which has an exquisite garden and dancing fountains.

An ancient Buddhist site it consists of 14 cave monuments cut out of the basalt rock. The caves comprise of 14 caves that makes it an ideal location for Aurangabad day tours. The complex consists of the other remarkable effigy of soldiers, elephants, and goddess Gaja Lakshmi. 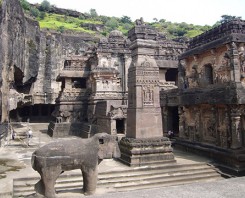 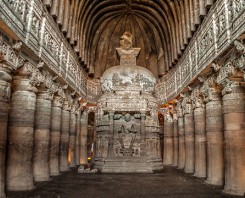