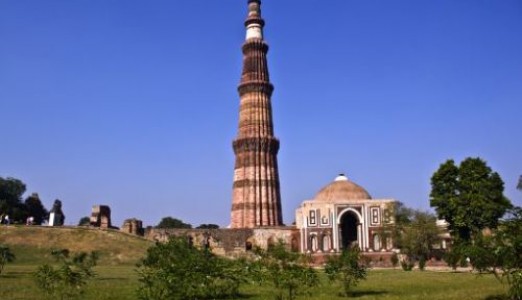 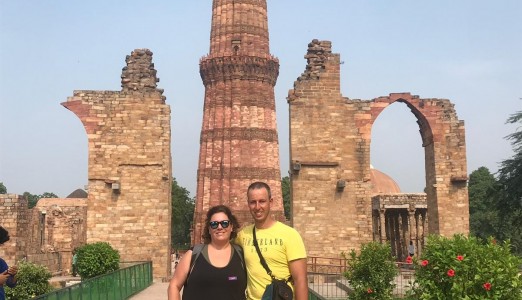 Qutub Minar, the grand minaret of India, standing tall in the Mehrauli region of South Delhi, is one of the most gorgeous constructions ever erected. The 72.5 metre high tower happens to be the tallest brick minaret in the world and the Qutub Complex, of which Qutub Minar is a part, is one of the prestigious components of the UNESCO World Heritage Sites List. The gigantic structure proudly looks over the city of Delhi and is one of the most loved spots to be visited by tourists from all over the world. Itâs no surprise, then, that a Delhi city tour is incomplete without visiting this gem.

The construction of this colossal structure began in the year 1199 by the first Muslim ruler of India, Qutubuddin Aibak of the Delhi Sultanate. While Qutubuddin commissioned the construction of the first storey, his successor Iltutmish added another three storeys in 1220. Later, Firoz Shah Tughlaq added the top-most storey and also replaces a damaged 4th storey. Therefore, the structure is a stunning example of a cumulative architectural contribution of various rulers and dynasties.
Multiple stories run as to the reason behind Qutub Minarâs construction. While some say that it stands as a symbol of victory as it was constructed to commemorate the coming of Muslim rule in India after Qutubuddin defeated Indiaâs last Hindu kingdom, others believe that it was a site to offer prayers to Allah by the faithful devotees. Whatever be the truth behind its construction, the fact of the matter remains that it gave India one of the most exquisite structures the world has ever seen.

The Qutub Minar looks absolutely striking because of its amazing architecture. Consisting of 5 wonderful storeys, the 72.5 metre high minaret has a base diameter of 14.3 metre and a top diameter of 2.7 metres. Built in differing styles of architecture like Parso-Arabic and Nagari styles, the substance used for its construction also keeps changing as we move towards the upper storeys. The first three storeys are made up of red sandstone, the fourth one of marble and the final storey is a work of marble and red sandstone. While the structure is engraved with texts from the holy Quran and other decorative elements, a spiral staircase of 379 steps runs to the top of the tower from inside the minaret. The slightly tilted Qutub Minar is definitely an architectural masterpiece and a must-visit during Delhi excursions. 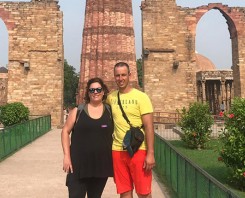 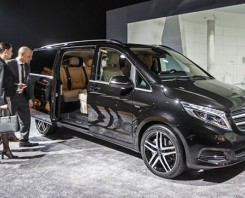