Places To Visit In Amritsar 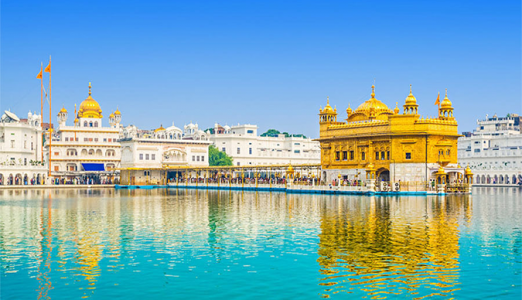 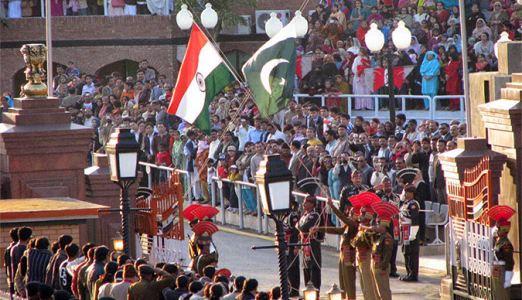 Amritsar the winsome city of incredible Punjab is Synonymous with the Golden Temple, which is the most revered shrine of the Sikhs. Being a highly popular pilgrimage center of Hindus with a significant history the devotees from different religious backgrounds come here to offer prayers and explore Amritsar Tourist Attractions.Â  Go through our list of tourist places to visit in Amritsar.

The golden dome, a mystic pond with healing power, mouth-watering Langar and the soul of the Sikhs make it prominent among religious pilgrims. Tourists throng Amritsar to seek spiritual solace at a holy shrine.

Only a stoneâs throw away from Golden Temple, it is the famous public ground where the heinous act of public massacre took place in 1919. A memorial is established to commemorate the massacre where the traveler pays homage.

It is the only road border crossing between India and Pakistan, which is famous for its Beating Retreat ceremony. The soldiers of both countries display enthusiasm in a remarkable way and the wave of patriotism is witnessed among the viewers present there.

It is a Significant Hindu Temple in Amritsar, dedicated to Goddess Durga. Replica of Golden temple the complex is also worshipped for Lord Hanuman, Mata Shitla, and Lakshmi Narain.

Dedicated to the Lion of Punjab, Maharaja Ranjit Singh, the museum is a display of gallant activities of the king. It showcases the artifacts associated with the greatest battles he fought that makes it among top rated places to visit in Amritsar. 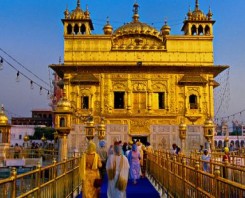 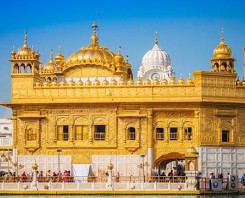