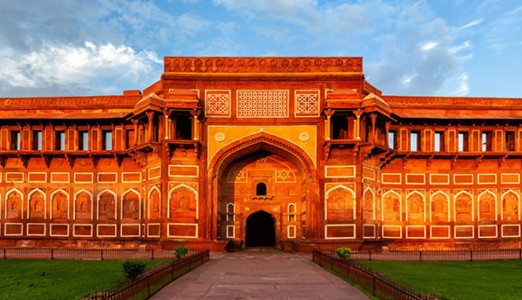 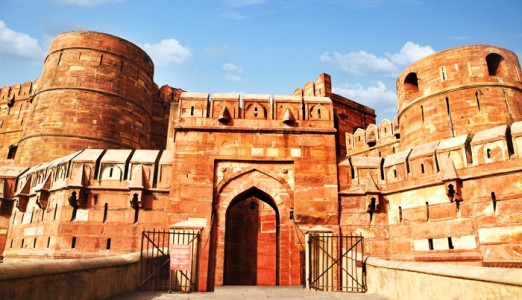 The Agra Fort or Red Fort, as it is popularly referred to, is one of the most historically significant sites in the whole of India. The Fort is a gargantuan walled city that has seen several dynasties ruling and getting overthrown over the course of numerous centuries. It was the chief abode of the emperors of Mughal Dynasty and has been witness to the crowning of Humayun. The Fort attained its present form under Akbar who made it his capital and ruled from the majestic site. The glorious fort is extremely important and enjoys a proud position in the UNESCO World Heritage sites list.

The fort, way different from its present glorious form, is believed to have been built by the Rajput King Raja Badal Singh and was initially known as Badalgarh. After the First Battle of Panipat, the Mughals stayed in the Fort and made it their official residence. In 1558, Akbar made Agra his capital city and reigned over his subjects from the Agra Fort. It was during Akbarâs time that the Fort was transformed completely. A total of 4000 workers took to the task of renovating the Fort for a period of 8 long years. Rebuilding the Fort with red sandstone, Akbar transformed the very site and it acquired the name of Lal Quila or Red Fort which is how it is referred to till date.

The Red Fort is a striking masterpiece of Islamic Architecture. The massive fort stretches for a total of 2.5 kilometres and its exterior is made of stunning red sandstone while the interior constitutes of bricks. The enormous walls of this fort are 70 feet in height and add to its charm. While the fort has 4 gates, one on each side, only two of these gates are prominent. The Lahori Gate which is also known as Amar Singh Gate is the main entrance for visitors whereas the Delhi Gate was used by Akbar as his entrance and is known for its gorgeous Indo-Islamic architecture. Inside the Fort lie momentous structures like Jahangirâs Hauz, Shahjahani Mahal, Baburâs Baoli, Nagina Masjid, Akbarâs Mahal, Diwan-e-Aam, to name a few, which are important components of our heritage. 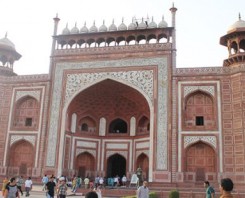 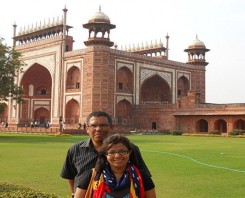 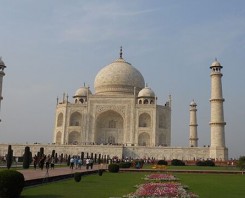