Places To Visit In Agra 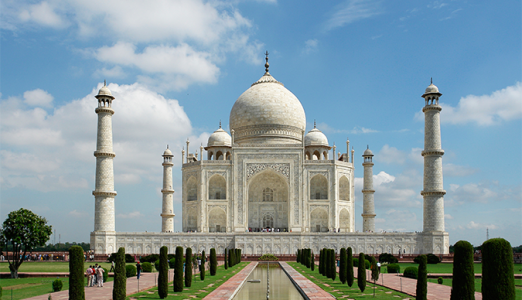 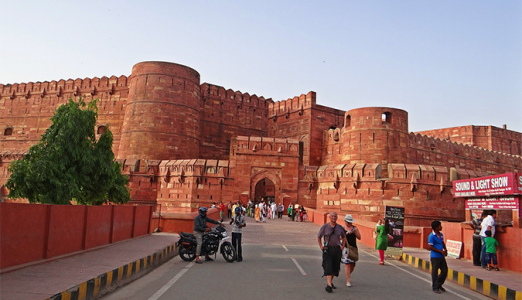 The enthralling land of Agra still has traces of the glorious golden era. It is here that you get to discover some of the world famous monuments that are among the best places to visit in Agra. Be it an architectural marvel, a symbol of love Taj Mahal, the sacred Jama Masjid or grand Agra fort that is a striking example of the Mughal style, Agra is a repository of ancient wonders.

One of the Seven Wonders of the World, Taj Mahal displays a blend of Persian and Mughal architecture craftsmanship. Built under the patronage of Shah Jahan as a memorial for his beloved wife it is one of the best places to visit in Agra.

The fort is a specimen to the legacy of the Mughals that dates back to the 16th century. Spread across two kilometers the huge walls of the Agra Fort encompass marvelous palaces.

Among other places to visit in Agra, the magnificent structure of Jama Masjid is a crowd puller. Built by Shah Jahan, the Holy Quran was recited before each stone was laid down for construction.

This is the historic city to visit among other tourist places near Agra that was founded by Akbar. It was under his supervision that the formation of the entire city took place.

This tomb is a masterpiece built during the Mughal period and most preferred places to visit in Sikandra Agra. Â Spread across 119 acres of land the tomb is four-tiered and pyramidal in shape. 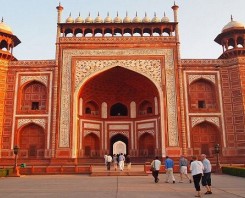 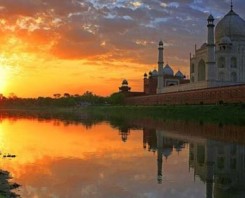 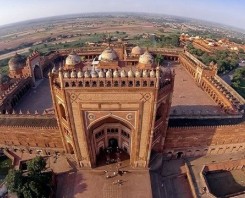 2 Days Trip to Agra and Fatehpur Sikri with Accommodations